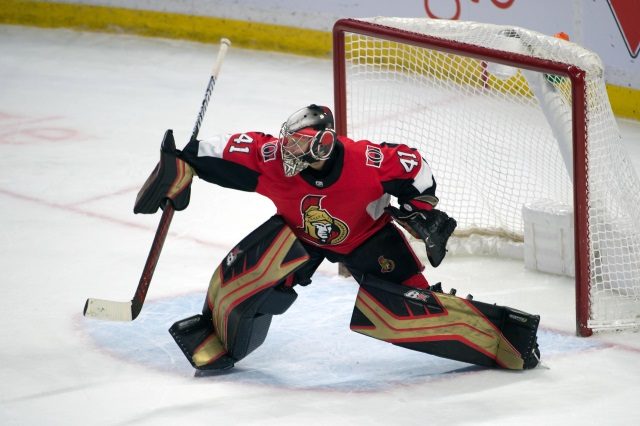 Jameson Olive: Florida Panthers forward Nick Bjugstad is not quite ready to return and will likely be out until after the Christmas break according to coach Bob Boughner.

Dumba’s season could be lost

Elliotte Friedman: There is a significant concern about Minnesota Wild defenseman Matt Dumba’s season and the possibility of a torn muscle.

Michael Russo of The Athletic: Dumba will have surgery this upcoming week after getting another opinion and he will be out for an extended period of time.

“I want to make sure it all goes through on that day and then I’ll give you an update,” general manager Paul Fenton said. “He will be out for a significant time. We don’t know (how long) until they get in there. I’ve talked to three different doctors and, yes, they’ve given me a general timeline for it, but I don’t want to say anything (that comes back) to haunt us.

“Let’s just make sure first, see how the surgery goes and then we’ll make a statement from there.”

Sources are saying that the Wild are hoping that after the surgery they’ll get the news that he might be recovered by the end of the regular season or in the playoffs.

“For those of you who have had surgery and they tell you it’s going to be six months and you were walking three months later, that’s what we’re kind of hoping for that he gets something taken care of here and maybe it’s quicker,” Fenton said.

Anderson out with an upper-body injury

They are hopeful that he’ll be able to return for their game on the 28th.

Devils Miles Wood collided with Anderson, but it wasn’t just on the one incident that led to the issue.

“It wasn’t just that hit on Craig. He got banged a few times (Friday),” Boucher said. “It was a tough game that we had to get through.”